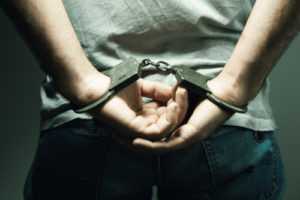 A New Jersey man and part-time rideshare driver, Julio Mejia, has recently been accused of and charged with committing sexual assault against a child. The child, who happens to be the alleged victim, was apparently a passenger inside the vehicle that Mejia was driving. He was recently arrested for these alleged crimes, but it is believed that the sexual assault took place in the summer of 2019 around the Prospect Park area. It was during this time that Mejia was working part-time for a rideshare company that is known to provide taxi services to individuals who need to get from one place to the next and are looking to do so as quickly and as safely as possible.

Julio Mejia is currently active in the armed services but has since been arrested and placed in a detention center while he awaits his meeting with Donna Gallucio, a judge for the Superior Court. During this meeting, he will learn more about the various charges against him, which include criminal sexual contact, endangering a child’s welfare, and sexual assault. It is then that he will also learn more about the accusations made against him by the passenger who was riding in his vehicle at the specific date and time that the alleged crime occurred.

Sexual assault of a child is something that can happen anywhere and there is always that possibility that Mejia is guilty of the crimes he is accused of committing. However, there is also a chance that the accusations are false and were created by someone who is simply looking to obtain a decent payout from the popular rideshare company that makes millions of dollars each year by providing fast and reliable taxi services to people across the country. It is a frightening situation for those who know that they have not committed a crime because they may not know how to prove that the accusation against them is false.

In Mejia’s case, if the allegations are not true, he needs to hire a criminal defense lawyer and talk to that lawyer about everything he can possibly remember from the ride with the minor passenger. Once Mejia explains his side of the story to his defense lawyer, the lawyer may then work on building a defense strategy.

Were you arrested or charged with sexual assault in New Jersey? The consequences of a conviction could be severe, leaving you with a permanent criminal record and possibly even sending you to jail. That is why you need to speak with a qualified criminal defense attorney as soon as possible about your case. The attorneys at Zegas Law have successfully represented clients charged with sexual assault in Summit, Newark, Morristown, Parsippany, and throughout New Jersey. Call (973) 833-4724 or fill out the online contact form to schedule a consultation with a member of our legal team. We have an office conveniently located at 60 Morris Turnpike #3 in Summit, NJ 07901.

The articles on this blog are for informative purposes only and are no substitute for legal advice or an attorney-client relationship. If you are seeking legal advice, please contact our law firm directly.

Disorderly conduct consists of any improper behavior such as fighting, threats of violence, or creating a dangerous atmosphere.

ranked as top 100 nj lawyers in

ranked as a top law firm in

the best lawyers in america

has been involved in some of the most

litigated throughout the country

has been quoted as a legal expert in